Villecroze is an attractive village in the foothills of the Alps, to the north of Brignoles in the beautiful and lush region of the Var. Allow the artist Benjé Deacon to take you to the old Medieval part of the village, with a number of fountains, cobbled alleys and archways.

This perched, medieval village is established around a group of caves, some of which were prepared as dwellings, but never used for habitation in earlier centuries. There’s one main street running through the centre of town, with shops along both sides. A side street off the main street is lined with terrace café-restaurants beneath large, shady plane trees. Besides this are petanque courts and a parking area. A picturesque vaulted passage leads into the meticulously restored “vieille ville”, with many of the original walls remaining. Besides the many vaulted passages, one will also find supporting arches between some of the walls.

A Templers Commanderie, built in 1156 is located in the woods a few km southeast of Villecroze. Built by the Templiers du Ruou, the area of the commanderie is now called the “Ruou”. 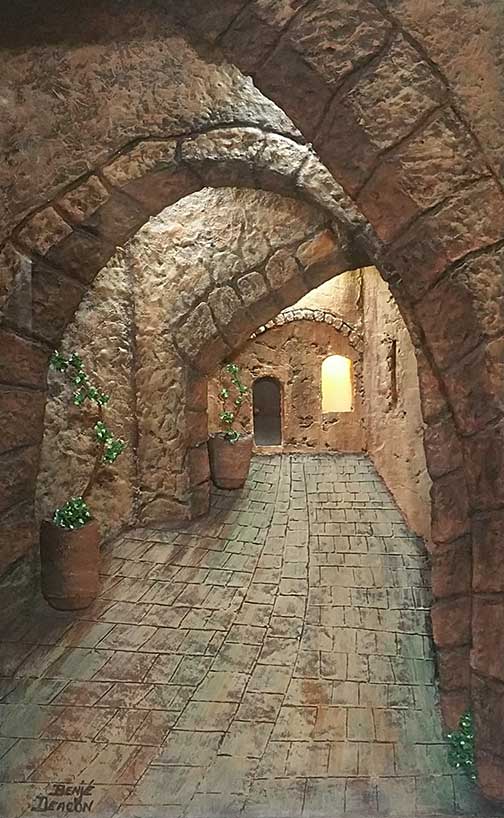