The tragedy was caused by a series of misunderstandings between the Montague and Capulet families (who really did exist!). Shakespeare placed star-crossed lovers Romeo Montague and Juliet Capulet in Verona for good reason: romance, drama and fatal family feuding have been the city’s hallmark for centuries. Three of Shakespeare’s plays are set in Verona: Romeo and Juliet, The Two Gentlemen of Verona, and The Taming of the Shrew It is unknown whether Shakespeare ever visited Verona or Italy at all, but his plays have lured many visitors to Verona and surrounding cities many times over.

The city has been awarded World Heritage Site status by UNESCO because of its urban structure and architecture. From the 3rd century, BC Verona was a Roman trade centre with ancient gates, a forum (now Piazza delle Erbe) and a grand Roman arena, which still serves as one of the world’s great opera venues. In the Middle Ages, the city flourished under the wrathful Della Scala clan, who were as much energetic patrons of the arts as they were murderous tyrants. Their elaborate Gothic tombs, the Arche Scaligere, are just off Piazza dei Signori.

The city became a Fascist control centre from 1938 to 1945, a key location for Resistance interrogation and transit point for Italian Jews sent to Nazi concentration camps. Today, the city is a cosmopolitan crossroad, especially in summer when the 2000-year-old arena hosts opera’s biggest names. Verona is famous for its Roman amphitheatre, the Arena, found in the city’s largest piazza, the Piazza Bra. Completed around 30 AD, it is the third largest in Italy after Rome’s Colosseum and the arena at Capua. It measures 139 metres long and 110 metres wide and could seat some 25,000 spectators in its 44 tiers of marble seats.

Verona will mesmerise you with its romanticism and multitude of medieval doors that will lead the romantic to a bygone era where true love was worth dying for. 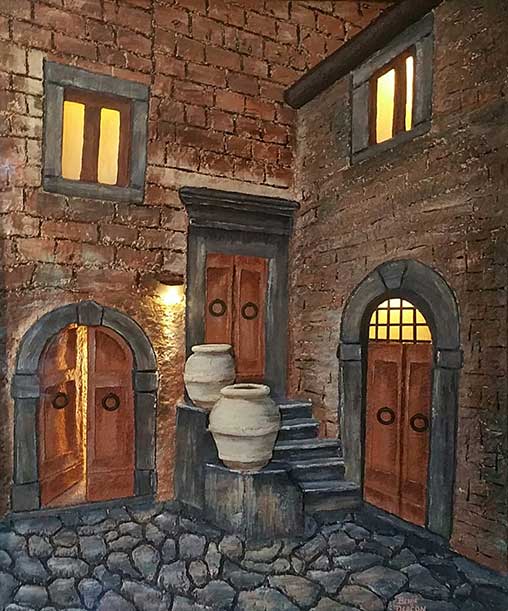